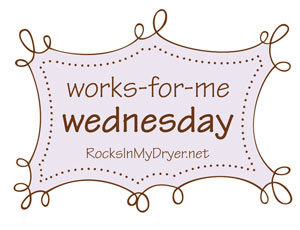 This isn’t going to be a full-fledged how-to-pack-for-camp post, but just a couple of tips I’ve learned the hard way.

1. When my middle son first started going to camp, he would consistently lose or leave behind a few things, and they would consistently be new things I had bought just before camp. I got so frustrated — until I realized that, because they were new, he didn’t recognize them as his when he was packing things up. So it might be helpful to buy their new swimming trunks or shorts or whatever they need a little while before camp so they can wear them and get used to them.

2. As I unpacked their suitcases after camp, I would find unused items. When I asked about them, they would reply, “Oh! I didn’t know that was in there.”

It took me years to learn in general that the best way to teach a child how to do something is to have them do it with you first, then to have them do it under your supervision, and then to do it alone to be inspected by you later. Somehow it didn’t dawn on me to apply this to packing until my oldest sons were teens and said they would rather pack for themselves so they would know what they had and where it was. That makes sense: if someone else packed for me I would waste time rifling through looking for what I needed rather than knowing just where to look.

So with with my youngest son this year, we discussed what he needed to take; I helped him gather items; he packed while I watched; I gave him a tip about using socks to stuff into corners or spots between stacks; before he left I double checked with him about whether he had gotten certain items. It was much less work and stress for me, plus he has a handle on what he has with him and is learning a life skill. He even engaged in some decision-making about what to leave behind and what he could use twice (so as not to need a replacement) when his suitcase was getting too full.

Works for me! You can see other workable tips every Wednesday at Rocks In My Dryer.

6 thoughts on “Works For Me Wednesday: Packing for camp”