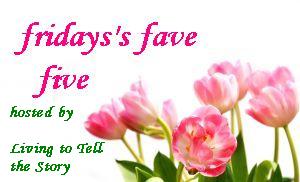 This is a week when I have jotted down candidates for the FFF post all week, and when I do that, I usually end up with way more than five. But I’ll try to condense them. 🙂

1. SPRING! I love that it is not only officially spring now, but it has felt like it all week! I’ve enjoyed seeing blogging friends’ spring decorations posted this week and enjoyed working on some of my own (which I hope to show next week). I also enjoyed weeding out the winter things from my closet. It was still pretty cold when I did, but I just couldn’t stand those dark, heavy things any longer.

2. Rest and feeling better. I had a killer sore throat on Sunday and spent most of the day resting, napping, and reading. I was even planning on seeing the doctor Monday to be checked for strep throat, but by then I was immensely better. It’s still a little scratchy, especially if I go for a while without drinking anything, but that doesn’t happen often, and I think it’s mostly over.

3. Family ministrations. Jim washed my car for me on Saturday. Jason and Mittu not only came over and made dinner one night, but they washed the dishes as well and brought some tulips. Jesse brought boxes of spring decorations down from the attic for me and helped me clean up a bag of frozen vegetables that spilled all over the place when I opened it. We enjoyed Face-Timing with Jeremy one night this week. One friend said they missed hearing about Timothy last week. 🙂 He’s cute, smart, funny, and sweet every week. 🙂 While his mom was making dinner here one night, he was out with his dad and granddad riding what he calls his “mow.” Jim found this on some deal site last year, and Timothy thinks it looks like his granddad’s lawn mower. He’s been enjoying it again with the milder temperatures and later daylight recently. 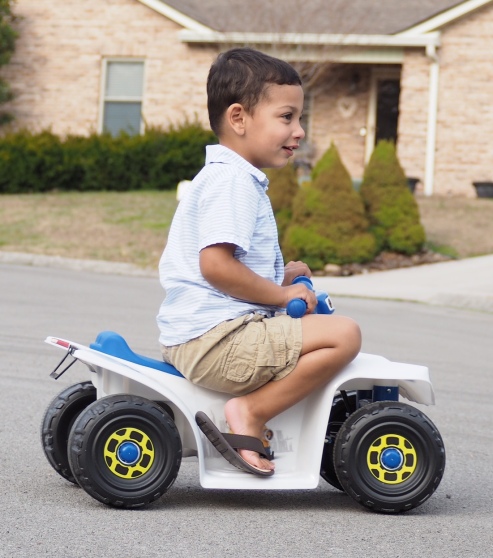 Looks like he’s almost getting too big for it! 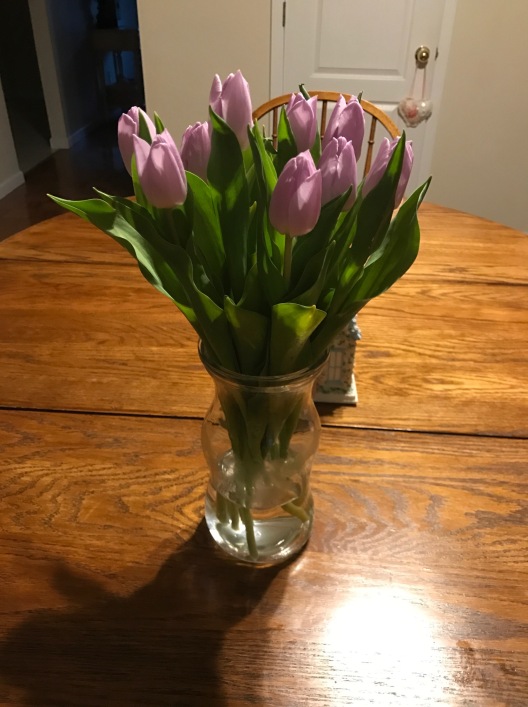 4. A couple of outings and spending gift cards. I was looking for a few items to round out my spring decorations, among other things, and enjoyed going to Hobby Lobby, Target, and Joann’s this week. Going to the craft places is like a kid going to the playground for me. 🙂 Joann’s is a little farther out, so I don’t get there as often, but I had three gift cards for there and a morning this week to go. And I found some great things in the Target dollar bins another morning! Most of the time I love and prefer days I don’t have to go anywhere, but sometimes it’s nice to go out and get refreshed and inspired.

5. A cancer-free boy. In some of the best news of the week, we found out that the 3-year-old grandson of our former pastor in Atlanta who has been battling leukemia and received several rounds of chemotherapy and a bone marrow transplant, had a bone marrow biopsy this week and was pronounced cancer-free! He still can’t go home for a few weeks, but is out of the hospital. This has been so hard on the whole family – if you feel so led, I am sure they’d appreciate your praise to God for this blessing and prayers for continued endurance and for them to be able to be all reunited at home as soon as possible.

And that wraps up another week. Happy Friday!