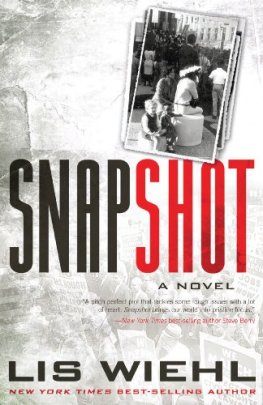 The story of Snapshot by Lis Wiehl is fictional, but it grew out of reality. The picture on the front is actually of Lis when she was a little girl. Her FBI father had taken her with him to a civil rights march where Lisa and the little girl made friends with each other immediately. Lis grew up to be a federal prosecutor and eventually a legal analyst on NBC News, NPR’s All Things Considered, Bill O’Reilly’s programs, and others. Her father was a part of the investigation into JFK’s assassination.

In the story, Lisa Waldren was a four-year-old girl taken by her FBI father to a civil rights March, where Lisa made friends with another little girl. But at the March, civil rights leader Benjamin Gray was shot and killed. A man was arrested in connection with the shooting, but 50 years later, with his execution date looming, he reaches out to Lisa’s father, James Waldren, asking for his help to exonerate him. James had thought all along that the man, Leonard DuBois, was innocent, but he had been “shushed” and demoted for trying to clear him earlier. Now retired, James feels compelled to do everything he can to clear Leonard, and he asks Lisa for her help even thought they’ve been estranged for years.

Among the leads they try to trace down is the name of the other girl in the photo. The way she is facing indicates that she might have seen the shooting. By some miracle, they do find her, though she doesn’t remember seeing anything. But she joins them in the search, which leads them to a mystery involving Bobby Kennedy, J. Edgar Hoover, and James’s partner’s suicide. As the search continues, an enemy who does not want the truth to be known tries to hinder them: when every effort fails, his pursuit of them becomes increasingly more dangerous.

This was a fascinating story in itself, but the tie-in with history made it even more so. There is an interview with Lis’s father at the end of the book as well as an afterword from Bill O’Reilly (and a note that a reporter in the story who helps James is fashioned after O’Reilly).

There’s also an essay at the end by Juan Williams, a journalist, news analyst, and author of a book about civil rights talking about the book in connection with the civil rights and racial context of the times.

I had thought when I bought this that it was a Christian fiction book, but there’s not much along those lines except for one character. But as historical fiction, it was quite good.