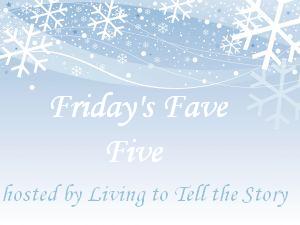 This is our first “normal” week after my mother-in-law’s passing, so we’re still getting used to the changed rhythms of our days. Here are some of the best parts of the week:

1. A memorial service for my mother-in-law. Since her funeral was in ID, we weren’t originally planning to have a service here in TN as well. Not too many people really knew her here. But then we felt that her caregiver, especially, as well as her hospice team might benefit from the closure that such a service offers since they could not attend the one in ID. The pastor of the church we attended the first eight years we lived here as well as our current pastor participated.

2. Lunch with old friends who were in town for an appointment. Nice to catch up with them and the extended family.

3. Frozen meals. We often get a meal or two out on the weekends, but we’d had to eat out quite a bit while out of town. So I figured I ought not to ask to eat out for a while. I got a frozen lasagna which sufficed for two dinners and a frozen Asian beef and broccoli stir-fry which made one dinner and several lunches. It’s nice to have a variety of ready-made meals available.

4. Change of work station. I had mentioned before that when my husband’s job involved working from home more, the only place available was the dining room table, just a few feet from my desktop. It was hard for me to write while listening to one-sided business conversations, and housework noises like the dishwasher, washing machine, and dinner preparation impeded his hearing conference calls. We plan to transition his mom’s room back into his office, but for now he has cleared a table in there to work. He’s even hooked up his computer to her TV, so he has a much bigger screen. Another advantage: he can leave his computer set up without having to clear the table for dinner. He jokes about his long commute to work. 🙂 But it’s worked out much better for both of us.

5. Sorting and organizing. Weeding out expired coupons led to a complete clean-out of our aptly named junk drawer in the kitchen. (How do crumbs accumulate in a drawer that stays closed during dinner preparation?!) It felt good to get that done. Plus we’ve set aside several bags from other rooms in the house to be taken to the thrift store and found new homes for some items. One fun find in the kitchen drawer: a coupon book Jason and Mittu had made for me several years ago. They said they’d probably still honor them even though they’re expired. 🙂