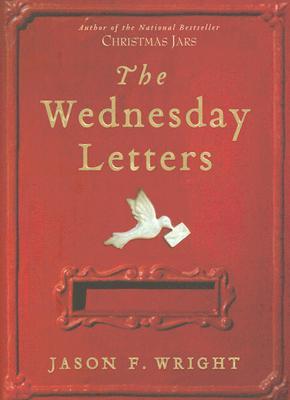 Jack and Laurel Cooper were married for 39 years. The last few years they’ ran a bed-and-breakfast in VA. Jack had been battling cancer and knew his time was short. Laurel had heart issues they were both unaware of. At the end of the first chapter, Jack and Laurel died in each other’s arms.

The Coopers had three adult children. Matthew, the oldest, is a tightly wound businessman. Samantha, the only daughter, is a police officer who originally wanted to be an actress. Malcolm, the youngest, is a bit of a wild card, living in South America and writing a book at the time of his parents’ deaths.

As the three converge at their parents’ place and start going through papers, they discover a collection of letters. They had never known that their father wrote a letter to their mother every Wednesday of their marriage. Some are fun (especially one about a chance meeting with Elvis). Some recall daily or major events, some are silly, some are poignant. Some reveal deep and painful secrets that are of particular consequence to Malcolm. Can he forgive as his parents forgave?
___

I first saw this book advertised in the Victoria Trading Company catalog and thought it sounded interesting. Because it was in that catalog, I thought it would be from the Victorian era. Instead, it’s set in 1988. I don’t often take chances with modern secular fiction, unless I have heard favorable reviews from someone I trust, because it usually contains bad language or explicit scenes. But I decided to go ahead with this book. And I was pleasantly surprised. There were no objectionable elements, and the story was well-written and touching with an undercurrent of faith.

I did not know until after I finished the book and was looking for more information that the author is a Mormon. I have serious disagreements with much Mormon doctrine, but I didn’t pick up on anything of that nature in the story.