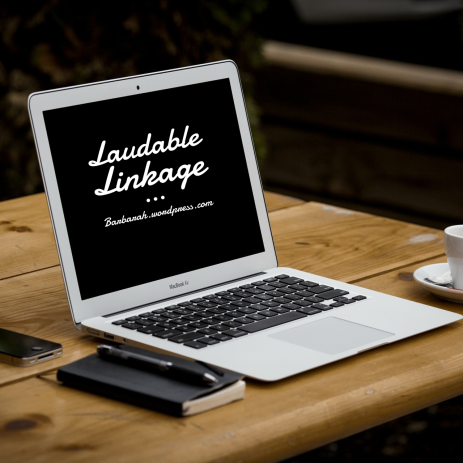 How Cancer Healed My Dad, HT to Challies. “He endured months of aggressive treatment that made him feel horrendous, only to be told after each scan that he hadn’t responded to it and the cancer had spread further. He developed infections and bowel obstructions which hospitalised him at times, and when he was at home he spent most of his days on the sofa. But curiously, he described it all as the best year of his life.”

Can We Finally Break the Silence Around Tamar? “When we tell Tamar’s story aloud, we dignify her grief. And we begin to become for our sisters the advocates Tamar should have had.”

How an Internet Mob Falsely Painted a Chipotle Employee as Racist, HT to Challies. This kind of thing has to stop. People shouldn’t automatically believe what they see on the Internet and then pass it on without confirming it.

You Never Know, HT to Maree. Speaking of misjudgment – this is one mom’s scenario of what was going on behind a situation where she could easily have been misjudged.

Karen Swallow Prior, author of Fierce Convictions about Hannah Moore, Booked: Literature in the Soul of Me (both linked to my reviews), and On Reading Well (on my To be Read stack) was hit by a bus a little over a year ago. She has shared some enlightening reflections on the accident and her recovery in a couple of places:

The Role of the Body in Healing After Trauma. This was especially helpful to me, as some of her experiences paralleled mine after Transverse Myelitis. Though TM was traumatic in itself at the time, I hadn’t considered that I needed to recover from the trauma as well as the illness.