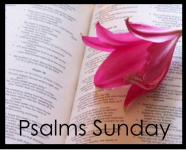 To the Chief Musician. A Psalm of David.

1 In the LORD I put my trust;
How can you say to my soul,
“Flee as a bird to your mountain”?
2 For look! The wicked bend their bow,
They make ready their arrow on the string,
That they may shoot secretly at the upright in heart.
3 If the foundations are destroyed,
What can the righteous do?

4 The LORD is in His holy temple,
The LORD’s throne is in heaven;
His eyes behold,
His eyelids test the sons of men.
5 The LORD tests the righteous,
But the wicked and the one who loves violence His soul hates.
6 Upon the wicked He will rain coals;
Fire and brimstone and a burning wind
Shall be the portion of their cup.

7 For the LORD is righteous,
He loves righteousness;
His countenance beholds the upright.

This Psalm is pretty self-explanatory, so rather than going through it verse by verse to draw out what it says, I am just going to share some random impressions and things the Lord spoke to me about while reading this Psalm.

1. Very early on in my Christian life, my automatic response to any trial or trouble was to want to “flee,” to just get out of it, get away, escape it. I learned before too long that that’s just not an option most of the time. Then I learned to lean on God’s grace through a trial. Then I found that I learned so much about life and truth and just about Him that I likely never would have learned otherwise. Then I realized that may be why God allowed it all in the first place. So I have learned to respond as David did in verse 1, to place my trust in the Lord and stay put.

2. Once again David encourages himself that God sees all that is going on and will set things right and take care of the wicked.

3. One time a guest preacher highlighted the last half of verse 5 in reference to media viewing: “the one who love violence His soul hates.” That startled me — I had somehow glossed over that phrase in my previous readings of that chapter. I don’t think every war movie or every book in which someone is killed is wrong to view or read — the Bible contains a lot of that kind of violence, after all. But loving violence is something that the Lord hates. If a TV show or book is glorifying violence, if the character is taking pleasure in it, to me that’s crossing the line. We never let our kids play video games that were just characters beating up each other. I didn’t want them to enjoy that even vicariously.

4. A footnote in the Bible program I used (BibleGateway.com) said the last part of verse 7, “ His countenance beholds the upright,” could also be rendered, “The upright beholds His countenance.” The NASB reads, “The upright will behold His face.” Either way, it is clear: the Lord and the righteous behold each other, face to face. What an incredible blessing. The NASB also lists two cross references to this verse:

You will make known to me the path of life;
In Your presence is fullness of joy;
In Your right hand there are pleasures forever.
Psalm 16:11

I often put that verse on graduation cards.

As for me, I shall behold Your face in righteousness;
I will be satisfied with Your likeness when I awake.
Psalm 17:15

To read more thoughts on Psalm, visit our hostess for Psalm Sundays, Erica at Butterfly Kisses.