Saturday we drove over to Jason’s college to attend the Living Gallery that he was a part of this year. A famous painting is depicted on stage, and the “living” part of the living gallery are the people who are positioned into place as some of the characters in a painting. Musical numbers are performed while the paintings are on stage, and in between the painting and music there is a play going on. This year the crucifixion and Easter story were depicted through the eyes of Joseph of Arimethea, “an honourable counsellor, which also waited for the kingdom of God, came, and went in boldly unto Pilate, and craved the body of Jesus” in order to bury it in his own tomb. (Mark 15:43.) He had been “a disciple of Jesus, but secretly for fear of the Jews” (John 19:38), and the play depicted the struggle he probably underwent from being a secret disciple to making this bold request, which would have then branded him as a follower or at least a sympathizer.

Everything was so well done. The music was beautiful and touching. The story realistically portrayed not only Joseph’s struggle, but the effect of the events of the crucifixion on everyone from Pilate and his wife to the disciples. Then the confusion, disbelief, and finally understanding joy of His own when they learned He was alive! When the program ended with the Hallelujah chorus, though I am not a hand-waver in worship by nature, even I felt like raising my arms or at least placing my hand over my heart. I smiled as a little child somewhere near us was humming along — I wanted to sing along myself! And I did, in my heart.

The painting Jason was in was Ecce Homo (meaning “Behold the Man“) by Antonio Ciseri. 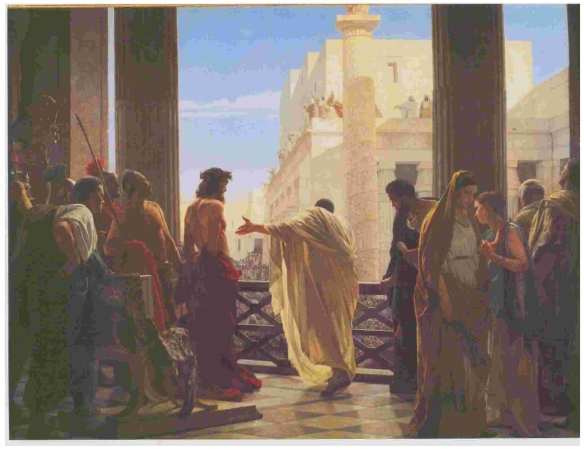 This is just the painting: I don’t have any pictures of the performance with the live people in place — understandably we weren’t allowed to take pictures during the performance. It would have distracted from the music and program. Jason portrayed the guy at the far left with his hand on his hip.

But up close he looked more like a zombie: 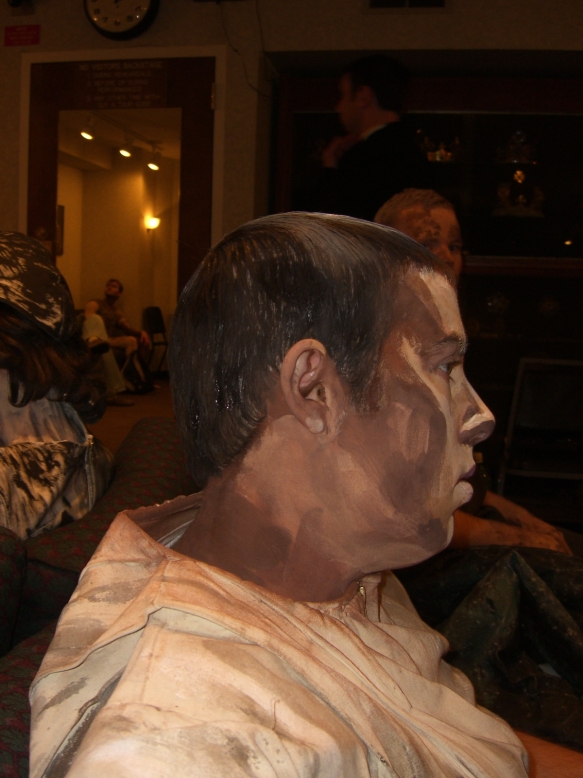 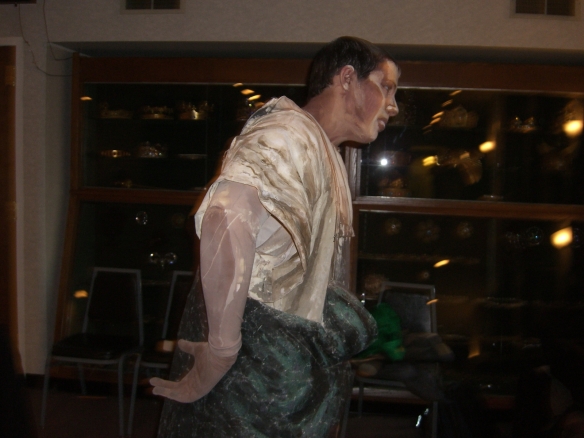 For some of the paintings, like Da Vinci’s Last Supper and Rembrandt’s The Storm on the Sea of Galilee (one of my all-time favorites), at first they had the live people moving a bit, then the lights flashed off, then when they came back on the people were all “frozen” in place like the painting. For most of the paintings they also did different things with the lighting that brought out different aspects of it. The live people gave it 3-D effect. I found it ironic that my child who was the least “still” of my three had to stand still for this production. I don’t know how any of them held their poses for so long, but Jason said each scene was only up for about 3 minutes. It sure seemed longer! I don’t think I could have done it. Some of them, like the ones in the sculpture of Sansovino’s Descent from the Cross (couldn’t find a picture) were held in harnesses because the Christ figure was in a horizontal position while being taken down from the cross.

All together 9 paintings and 3 sculptures were portrayed. They did a wonderful, amazing job, and it blessed my heart immensely.

It was a great way to celebrate Easter as well!

Easter morning we had our traditional Resurrection Rolls with breakfast, a good Easter service at church, a good dinner, our unique Easter egg hunt, a bit of a nap, a great musical and narrative presentation at church Sunday night, and strawberry shortcake to top the evening off!

Hope you had a blessed Easter as well. 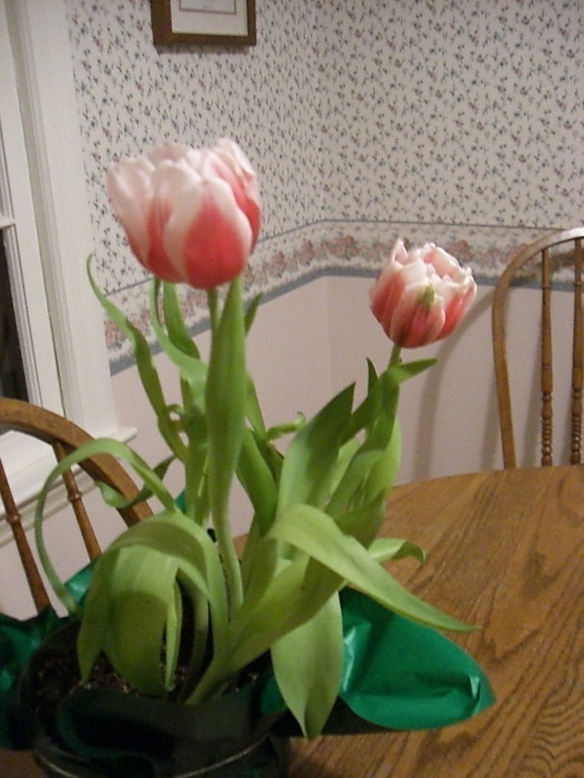 Jesse is out of school for Easter break this week, and Jim took off to begin painting the house — but it is raining today. I’m in high gear preparing for the ladies’ meeting tonight and the luncheon in a couple of weeks.
Happy Monday!

18 thoughts on “Living Gallery and Easter 09”