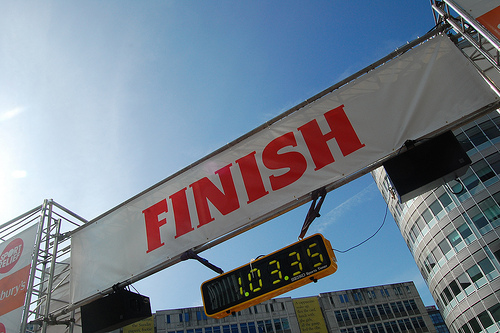 I just finished reading II Chronicles. Though it has a reputation for being pretty dry, it actually has many great truths in it. II Chronicles covers the history of the kings of Israel and Judah from the time of Solomon until the Babylonian captivity. Most of the kings were bad, in that they did not follow Jehovah God in the way He prescribed, and many followed idols and false gods instead. Most of the few who did start out well did not finish well. And though “finishing well” is not what “the” theme of the book probably is, it’s what stood out to me in this reading.

Solomon, for all his wisdom and all the blessings he experienced during his early reign, fell away when his many wives led him to other gods.

“Asa did that which was good and right in the eyes of the LORD his God” (II Chronicles 14:2), was marvelously helped in battle after prayer, took down idols, removed even his own mother from her position because of the image she made. But in later years he sought the help of a pagan king instead of God and even imprisoned the prophet who came to warn him (16:1-10). He ended up with diseased feet or which he did not seek the Lord at all.

“Joash did that which was right in the sight of the LORD all the days of Jehoiada the priest” (24:2), but after Jehoiada died, Joash fell away to the point of killing Jehoaida’s son (24:19-27).

Amaziah “did that which was right in the sight of the LORD, but not with a perfect heart” (25:2). He received great help from the Lord when he did things His way, yet instead of continuing to follow Him, he “he brought the gods of the children of Seir, and set them up to be his gods, and bowed down himself before them, and burned incense unto them.  Wherefore the anger of the LORD was kindled against Amaziah” (25:14-15).

Uzziah, “as long as he sought the LORD, God made him to prosper” (26:5), and “And God helped him against the Philistines” and other enemies, “and his name spread abroad even to the entering in of Egypt; for he strengthened himself exceedingly” (26:7-8). “And his name spread far abroad; for he was marvellously helped, till he was strong. But when he was strong, his heart was lifted up to his destruction: for he transgressed against the LORD his God, and went into the temple of the LORD to burn incense upon the altar of incense” (26:15-16). The NASB puts it this way: “But when he became strong, his heart was so proud that he acted corruptly, and he was unfaithful to the LORD his God.”

Josiah was one of Judah’s best kings, leading a revival after the book of the law was found during temple repairs, yet he went to battle and “hearkened not unto the words of Necho from the mouth of God” and ended up dying of wounds received in that battle.

Will I forget the things I knew, like Solomon did, and be led away by other loves, or will I keep my first love? Will I forget from whence my help comes, like Asa did, and look for help elsewhere? Will I fall away after my spitual mentors are gone, like Joash? Do I serve God with a perfect (complete) heart, or am I holding anything back, like Amaziah? Will I be lifted up with pride like Uzziah? Will I neglect to listen to wise counsel from God’s Word, like Josiah?

May I heed the warnings and lessons in these examples. May God save me from these and other failures and help me to keep my eyes on Him and to finish well.