The Picture of Dorian Gray by Oscar Wilde begins with a preface from Wilde about art in which he says some pretty preposterous things, such as “There is no such thing as a moral or an immoral book” and “No artist has ethical sympathies. An ethical sympathy in an artist is an unpardonable mannerism of style.” Though this fits in with his views of “art for art’s sake,” his story seems to contradict the view that art is amoral in itself. Since it was added in a later edition of the novel, after the first printing caused a ruckus, perhaps he meant it as a disclaimer.

The story itself begins with an artist, Basil Hallward, and his friend, Lord Henry Wotten, discussing Basil’s painting of an extremely good-looking young man, Dorian Gray. Lord Henry feels the painting is Basil’s best work and wants to know the subject, but Basil demurs, saying that Dorian has come to mean much to him and to have greatly influenced his art. Basil doesn’t want Henry to even meet Dorian, but as fate would have it, Dorian arrives just at that moment. Basil urges Henry not to spoil or badly influence Dorian, but Henry just laughs — and then proceeds to spoil Dorian by telling him how beautiful he is, how sad it is that his youth and beauty won’t last long, how he needs to adopt a new hedonism and live for his senses, that “Nothing can cure the soul but the senses, just as nothing can cure the senses but the soul.” He awakens new feelings and sensations in Dorian such that when Dorian sees the completed painting of himself, he mourns “How sad it is! I shall grow old, and horrible, and dreadful. But this picture will remain always young. It will never be older than this particular day of June…. If it were only the other way! If it were I who was to be always young, and the picture that was to grow old! For that–for that–I would give everything! Yes, there is nothing in the whole world I would not give! I would give my soul for that!”

And mysteriously, somehow that’s what happens. He doesn’t realize it until after he falls in love with an actress and then, when she disappoints and embarrasses him, he mercilessly spurns her. When he next sees the portrait, he notices a hint of cruelty about the mouth that he hadn’t noticed before. At first he thinks he is imagining it, but then he decides to make amends by writing to the actress and apologizing, only to find that she has taken her own life. He doesn’t feel her death as deeply as he thinks he should, and Lord Henry soothes him that it’s all right, it’s even an artistic end to her existence. Thus Dorian decides “Eternal youth, infinite passion, pleasures subtle and secret, wild joys and wilder sins–he was to have all these things. The portrait was to bear the burden of his shame: that was all…For there would be a real pleasure in watching it. He would be able to follow his mind into its secret places. This portrait would be to him the most magical of mirrors. As it had revealed to him his own body, so it would reveal to him his own soul.”

Dorian locks the painting away in an unused upper room so no one else can see its transformation and then proceeds to try every kind of “infinite passion, pleasures subtle and secret, wild joys and wilder sins.” He still wrestles with his conscience at times, but convinces himself that every sin is really someone else’s fault and due to their provocation.

“There were moments, indeed, at night, when, lying sleepless in his own delicately scented chamber, or in the sordid room of the little ill-famed tavern near the docks which, under an assumed name and in disguise, it was his habit to frequent, he would think of the ruin he had brought upon his soul with a pity that was all the more poignant because it was purely selfish. But moments such as these were rare. That curiosity about life which Lord Henry had first stirred in him, as they sat together in the garden of their friend, seemed to increase with gratification. The more he knew, the more he desired to know. He had mad hungers that grew more ravenous as he fed them.”

Though in some quarters he gains a bad reputation, most people feel as one girl did who, when “He had told her once that he was wicked, she had laughed at him and answered that wicked people were always very old and very ugly,” or, as Lord Henry had thought upon first meeting him, “There was something in his face that made one trust him at once. All the candour of youth was there, as well as all youth’s passionate purity. One felt that he had kept himself unspotted from the world. No wonder Basil Hallward worshipped him.” When a later turn to “do good” has no edifying effect on the portrait, he realizes even that desire was filled with vanity and hypocrisy. He retains his youth and beauty for the next eighteen years while the portrait continues to age and degrade, until he comes to an abrupt tragic end.

Though this was not a pleasant book to read, it is fascinating on several levels. At first I felt some sympathy for Dorian in that he seemed innocent and simple until Henry influenced him. But even before that Basil said of him, “As a rule, he is charming to me, and we sit in the studio and talk of a thousand things. Now and then, however, he is horribly thoughtless, and seems to take a real delight in giving me pain. Then I feel, Harry, that I have given away my whole soul to some one who treats it as if it were a flower to put in his coat, a bit of decoration to charm his vanity, an ornament for a summer’s day.” So perhaps Henry just stirred the flames of what was already there.

Lord Henry is an enigma as well. He says perfectly horrible things, such as

“We are punished for our refusals. Every impulse that we strive to strangle broods in the mind and poisons us. The body sins once, and has done with its sin, for action is a mode of purification. Nothing remains then but the recollection of a pleasure, or the luxury of a regret. The only way to get rid of a temptation is to yield to it. Resist it, and your soul grows sick with longing for the things it has forbidden to itself, with desire for what its monstrous laws have made monstrous and unlawful,”

Yet his friends don’t seem to take him seriously, saying things like, “You never say a moral thing, and you never do a wrong thing. Your cynicism is simply a pose.” and “I don’t agree with a single word that you have said, and, what is more, Harry, I feel sure you don’t either.” When Dorian tells Henry that a book he had given him had poisoned him, Henry replies,

“My dear boy, you are really beginning to moralize. You will soon be going about like the converted, and the revivalist, warning people against all the sins of which you have grown tired. You are much too delightful to do that. Besides, it is no use. You and I are what we are, and will be what we will be. As for being poisoned by a book, there is no such thing as that. Art has no influence upon action. It annihilates the desire to act. It is superbly sterile. The books that the world calls immoral are books that show the world its own shame. That is all.”

Yet earlier Dorian muses, “Words! Mere words! How terrible they were! How clear, and vivid, and cruel! One could not escape from them. And yet what a subtle magic there was in them! They seemed to be able to give a plastic form to formless things, and to have a music of their own as sweet as that of viol or of lute. Mere words! Was there anything so real as words?” contradicting both Lord Henry’s opinion and Wilde’s preface.

Henry seems fascinated and delighted by the psychological effect his own words have on Dorian, even though he has no idea of the extremes to which Dorian takes them, yet he morally “gets away with” his horrible influence. Early in the book when he is just hearing about Dorian, he picks a flower to pieces while he talks and listens, symbolic of the destruction his influence will have not only on a beautiful flower but a beautiful person.

There are several take-aways from reading Dorian Gray:

That last reference, oddly, was brought up in the book by Lord Henry, though he quickly denounced the thought that man even had  soul (yet he felt art did). It’s amazing that there are so many Scriptural principles in the story since Wilde, as far as I can tell, was not a believer. I’m not sure what Wilde’s purpose would have been in writing it other than just an interesting story if he didn’t believe there was any morality to it, but despite his beliefs or lack of them, truth shines through.

The Kindle version is free and the audiobook is $2.99 at the time of this writing, and the text is online here and other places. 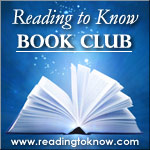 11 thoughts on “Book Review: The Picture of Dorian Gray”