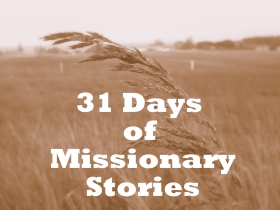 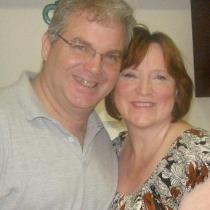 Clint and Rita Vernoy are missionaries that our church in SC supported. I found Rita’s blog through a link from Susan‘s, and as I looked around I realized that this was one of our missionaries! Rita blogged at The Jungle Hut for several years and then moved to Livin’ la Rita Loca. Both sites have some great windows into life as a missionary.

I met Clint a couple of times when they were home on furlough, but Rita was not able to come either time. They ministered in the jungles of Venezuela for several years until the Communist government forced all foreign missionaries out. This post tells of their heartbreak at leaving a people and country they had come to love. They currently minister in Paraguay.

I wanted to highlight a couple of posts of theirs that I think would be very helpful and informative to read.

Let’s Define Ethnocide! is Clint’s response to a comment that he was committing “ethnocide,” purposely destroying an ethnic group or culture, by his missionary activities. I have mentioned a couple of times in this series that this sentiment is increasing in our culture these days, and Clint’s answer is a great one to read to inform yourself not only for your own information, but to answer these accusations when you come across them. Besides the spiritual benefit, which is huge but of course unrecognized or unacknowledged (or condemned) by a secular culture, missionaries generally also improve the hygiene, health, and quality of life of those to whom they minister while still keeping the culture intact. Who among us would still want to live as people did during the American Revolution or Little House on the Prairie days without the improvements and progress we have experienced since then? Rita also expanded on this in What About the Culture? I strongly encourage you to read both of these posts.

Another post I wanted to highlight is Rita’s daughter’s response to an anonymous commenter who said “that we had raised our children in an abusive environment by forcing them to live in the jungle in a mud hut without the amenities of civilization.” She assures, “While we appreciate your concern about our childhood, rest assured…we’re fine. Not a single one of us regrets our childhood, it was an awesome adventure, and we are grateful.” The rest of the post expands on some of the advantages and results of having grown up in the jungle.

I don’t know if anyone in the family has written a post on this yet – I haven’t seen one –  but I’d love to read Clint’s story of eating grub worms for the first time. 🙂 It was hilarious when he told it at church, though I am sure it didn’t feel so funny when it happened.

And if you have time, another great and thought-provoking post written for their mission board’s magazine is How Far Is Enough?

(You can see other posts in the 31 Days of Missionary Stories here.)

3 thoughts on “31 Days of Missionary Stories: Clint and Rita Vernoy: On Ethnocide and Raising Children in the Jungle”