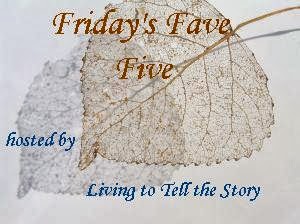 It’s Friday, time to count the blessings of the week
with Susanne and other friends at Living to Tell the Story.

I’m full this week—with good food from Thanksgiving and with the riches of a great week. Here are a few:

1. Thanksgiving. All the special foods, time with family, FaceTiming with my oldest son, playing games, eating again. This year we added something new. I’ve wanted to set up a Thanksgiving tree for ages but just never got to it. I cut out a rough tree, bought some leaf shapes, then had them sitting on the counter through the week for people to write what they are thankful for on a leaf and put it on the tree.

2. Take-out is one of my favorite things, as I have mentioned. 🙂  We’ll often get something out on the weekend. But the Wednesday before Thanksgiving, I was catching a little nap in the afternoon after a very busy day. I’d had to make another run to the store for things the first store was out of, my laundry got pushed back because I was out most of the day I usually do it, plus I had a pie to bake and Thanksgiving dinner to prepare for. When I woke up, Jim mentioned getting dinner from a new Asian place he wanted to try. Not only did I appreciate not having to make or clean up dinner, but my heart was warmed by his thoughtfulness.

3. A breakfast date. Jim was off all this week, so one morning we went to Shoney’s breakfast bar. We spent almost two hours just talking after we ate.

4. Playing with Timothy. Mittu had suggested we might come by some morning this week since Jim was off work and Timothy didn’t have school this week. So we brought lunch and talked and played a while. While we were making shapes with kinetic sand (something like Play-dough, but a different texture), Timothy said, “Grandma, I love you.” ♥ Then later in the week at our house, he played chef and server with some amusing outcomes.

5. An early anniversary gift. Because our anniversary is right in the middle of Christmas season, we usually just exchange cards and go out for a nice dinner. But since this year is our 40th, we’ve been talking about doing something different. The kids got together and got an early anniversary card and Visa gift card to contribute to anniversary plans.

Bonus: Jim’s mom’s main bath aide from hospice stopped by to drop off something for us. The hospice group had had a memorial for the families they had worked with who had lost loved ones this year. We did not go: we had had two memorials already, and didn’t want to attend this one with mostly strangers. They had ornaments for each family engraved with our loved one’s name, and this lady brought ours to the house. It was good to chat with her again and catch up with what she had been doing.

What’s one special thing from your week?