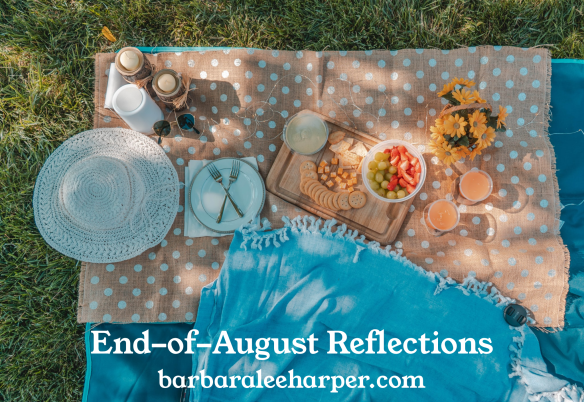 August was a full month for us, physically and emotionally.

A first for any of us, anyway.

My oldest son was able to come for his annual August visit. He usually comes in April and December, too. He’d had to cancel his April visit due to COVID, and we were hoping he wouldn’t have to cancel this one. None of us was comfortable with flying or hotels yet, though. But one of my husband’s colleagues mentioned going somewhere in a sleeper car on a train. A toilet was in the “roomette,” and he hardly saw anyone else the whole trip. The chairs converted to beds, and he was able to stretch out for the night. So we checked into prices and stations and asked my son, Jeremy, what he thought. He decided to try it.

He reported that he liked everything about train travel better than air travel—except the length. The train trip was about 20 hours including a short layover, whereas the plane trip can vary from 6-9 hours or more, depending on whether there is one layover or two and how long they are.

He was in business class the first leg, but there was only one other person in his car. But he had plenty of leg room. The roomette was tight quarters: much smaller than a hotel room, but of course more room than business class. There were two chairs facing each other that made into a bed when folded out. And there was an upper berth, so technically two people could fit into the roomette. But I think it might be uncomfortable for two adults. It might work well for a parent and child.

This gives you an idea how tight it is. The toilet is right next to the chair (the backpack is on the lid) and the square above opens up a sink.

So it’s convenient to have a toilet right there—but it is right there!

Amtrak does have some bigger sleeper rooms, but I am sure they are more expensive.

I don’t think the price was any less than airfare, especially with airlines lowering process to attract travelers right now. But it is private. Someone came to the sleeper car duly masked to see what Jeremy wanted for dinner and then to deliver it, but that’s the only person he interacted with. He did have a short layover in Penn Station, but they had masks and social distancing rules in place.

Four of us have birthdays between mid-July and mid-September, so we’ve always called this time of year Birthday Season. Jeremy’s birthday and mine are six days apart, and often when he comes for his, the dates work out that he’s here for mine as well. That happened this year.

We celebrated his with homemade lasagna and Boston cream pie.

My husband took the week off as well. We couldn’t really go anywhere, with COVID restrictions in place. But Jason and Mittu and Timothy came over almost every day, and of course Jesse was here (still working at home). We played lots of games, talked, ate lots of good food, showed each other favorite videos. We had dinner in a park one evening and lunch in another park on Saturday.

When we (or rather, they) had camped out in the back yard a few weeks ago, they wanted to do that again when Jeremy was here. So everyone except Jesse and me did that Thursday night.

Friday was my birthday, and Jason and Jesse had taken the day off. Mittu made biscuits and gravy and Jim made bacon, sausage, and eggs on the grill for my birthday breakfast. Then everyone scattered for showers, rest, and birthday preparations. In the evening, Jim grilled his awesome teriyaki chicken and Mittu made two kinds of potatoes, salad, and my favorite Texas Sheet Cake for my birthday cake.

We got some family photos in, too. This was one of my favorites.

We had such a great time with all the family here. Both weekends were pretty busy, but we had some days in the middle of just hanging out. It’s always sad to say good-bye. But my heart was full.

This card was for a young man at church who was leaving for college. Inside I put Psalm 16:11, my favorite verse for graduations. 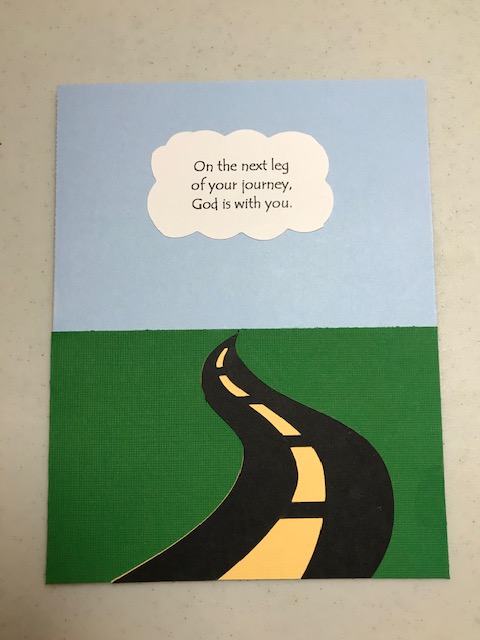 This card was for Jason and Mittu’s anniversary, cut out with the Cricut (as was the road in the card above):

This was for Jeremy’s birthday. He likes foxes, and this fox was a 3-D, multi-layer sticker. I did the balloons on the Cricut and used a sticky pad so they were as raised as the fox. 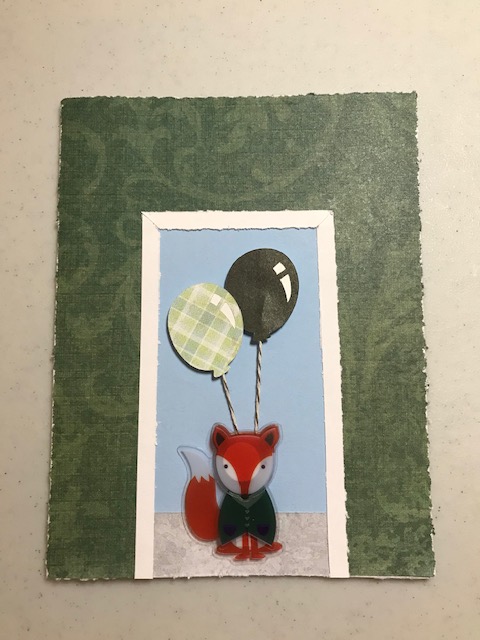 I worked through some good movies this month while riding my exercise bike, which distracts me and keeps me there for the designated time. All of these were amazingly clean. I watched them via Amazon Prime, but they may be available in other venues.

The Railway Children was based on a book by E. Nesbit (whom I have never read and was hardly even aware of) and a remake of a few earlier movies. This one came out in 2000. It involves a family in the late nineteenth or early twentieth century whose father is wrongly imprisoned. The mother and children have to move to a small cottage, and the mother tries to support them by writing stories. The children roam around and make friends with the railway workers, help a Russian immigrant and an injured boy. Sweet story! I’ll have to look up the book some day.

The Lady Vanishes has been filmed several times, once by Hitchcock. This version came out in 2013. A spoiled young woman is helped by an older lady on a train leaving the Balkans. But when the younger woman awakes after a nap, the older woman is gone and everyone says they haven’t seen the older woman. The girl tries to figure out what happened, with a couple of Americans trying to help and everyone is suspect.

The Secret Handshake is a little quirky. A middle-aged man’s daughter is being harassed by a boy with a crush. First, the yard is TP’d, then antics escalate. The man steps in to intervene, learns the boy’s father has died, and decides to take him on a camping trip to teach him about becoming a man. But nothing goes as planned. The description called it a “rollicking comedy.” I wouldn’t call it rollicking. But it was a nice film and ended up in a good place.

It’s only coincidence that two of the films had to do with trains in the same month that my son was taking a train trip. 🙂

I finished some good books this month (titles link back to my reviews):

I’ve got some new birthday books to dip into after those!

Some of the posts this month, in addition to weekly Friday’s Fave Fives and occasional Laudable Linkages and book reviews:

Not much this month, with everything else going on. But I got a little work done at the beginning of the month and am looking forward to digging back in.

Forgive me for this post being longer than usual—but, as I said at the beginning, it was a very full month!

How was your August?