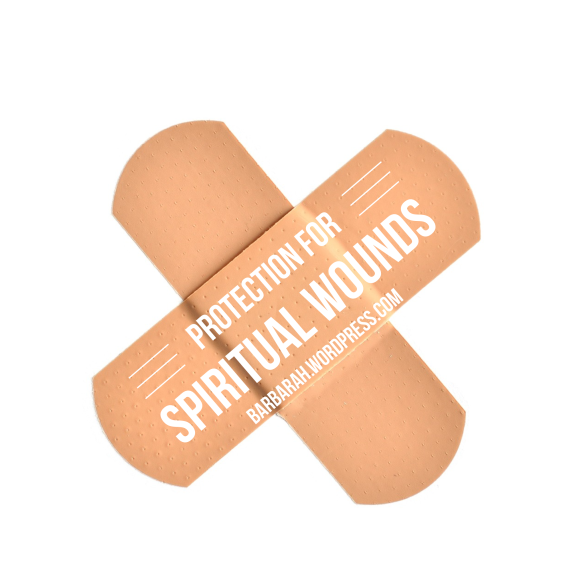 As many of you know, I broke and dislocated my little toe about ten days before Christmas. I had never broken any bone before, and this has left me feeling very glad that I hadn’t and hoping that I never will again. Even though it’s just a little toe, the pain, discomfort, and inconvenience have had an impact on me as well as the rest of the family.

The first week I was to stay off of it as much as possible and keep it elevated as much as possible. When I saw the doctor for a follow-up visit a week after the injury, I was hoping for some specific directions for the next weeks. But the doctor was rather vague. He said it should heal in six or so weeks, and if it hurt, that meant I should stay off of it a bit. I was hoping to avoid hurting it.

One thing the doctor did emphasize, though, was protecting the toe. I didn’t have to “buddy wrap” it to the next one like the doctor did the first week, but he gave me adhesive tape to wrap lightly around the foot to keep the toe in place and told me to continue wearing the boot I was given or a good walking shoe. Thankfully we’re coming up on the six week mark, when it should be fully healed.

The emphasis on protecting the broken toe while it heals caused me to think of other injuries or wounds that we don’t really associate with needing protection: spiritual or emotional hurts. The protection for a broken bone involves supporting the broken member so the bone heals correctly. For an open wound, protecting it not only keeps other things from bumping it and causing pain, but covering it keeps it from infection. But we don’t usually think about protecting those who have been wounded in non-physical ways, except perhaps the first few days. And how would we even go about that, anyway?

You might think the answer would be that Christian community should surround and support the wounded member. “Community” seems to be the popular, go-to solution for everything these days. And, yes, we are to “Bear one another’s burdens, and so fulfill the law of Christ” (Galatians 6:2) and “weep with those who weep” (Romans 12:15). Community can do much to help and aid.

But what if community is part of the problem?

When you’re single, longing for someone to love, and there are no prospects on the horizon, but at a wedding people ask, “So when is it going to be your turn?”

When you’ve had four miscarriages, with only the first made public, and someone asks, “So when are you guys going to start a family?”

When you’re mourning on the anniversary of a loved one’s death, and a friend says, “Shouldn’t you be over that by now?”

When years later your family is still suffering the effects of a trauma that, to other eyes, seems to be all over, and someone says, “Shouldn’t you have moved on from that by now?”

When you’re visiting a new church in a new town with some trepidation, and the members of your small group or class aren’t cliquish in the sense that they deliberately keep others out, but they have all been friends for so long that anyone new feels out of the loop. When an observer mentions aside to the leader that perhaps they could take pains to reach out to the new ones, the leader says, “Well, the Bible says if you want to have friends, you should be friendly. They need to extend themselves.”

When people say the wrong things, we need to extend grace and assume they meant well. Thank God for sensitive, Holy Spirit-filled and led people who truly know how to come alongside and help, who know how to comfort as they have been comforted. Lisa shared a wonderful post recently on Invisible Band-aids and the need to be alert and attentive to those wounds which don’t show.

But other people can’t be there all the time, and in a sense it’s true that, as the old hymn says, no one understands like Jesus.

The best protection and support for wounded hearts, minds, and spirits is God’s truth, whether we apply it ourselves or share it with someone else..

When Hannah was childless and her rival provoked her and her husband didn’t understand the full weight of her sorrow, she poured out her heart to the Lord, knowing He was the only one who could meet her need.

When Joseph was betrayed, lied about, and forgotten, he trusted that God was sovereign and meant it for good.

When David’s men blamed him when the Amalekites raided their camp and kidnapped their families, to the point that they were going to stone him, David encouraged himself in the Lord.

When the psalmists brought problems and trials and anguish before the Lord, they eventually reminded themselves of His character, power, and love.

Paul was “troubled on every side, yet not distressed; we are perplexed, but not in despair;  Persecuted, but not forsaken; cast down, but not destroyed; Always bearing about in the body the dying of the Lord Jesus, that the life also of Jesus might be made manifest in our body” (2 Corinthians 4:8-10).

All throughout the Bible, you see people in various troubles or problematic situations reminding themselves of what they knew to be true of God, staking their souls on what He said, no matter how things looked or felt at the time.

A few other parallels between physical and internal wounds came to mind. You often don’t realize what muscles are used where until something is injured. I didn’t realized my toes dug in to keep balance when I picked up something on the floor, or that I pushed off with my toes when reaching for something from a cabinet, or moved my toes when I stretched in bed, and I got some rude awakenings when I did those things. Years ago, recovering from an old-fashioned gallbladder surgery before they started doing them laparascopically, one of the things I had been told to hold off doing was vacuuming. I thought that was odd – vacuuming didn’t seem strenuous to me. But the first time I tried it, I discovered, wow, you do use abdominal muscles when you vacuum! Similarly, after the deaths of my parents, I was unprepared for being blindsided by waves of grief set off by the most innocent things.

Both of them passed away at Christmas time, so for the first few years, though we celebrated, rejoiced, and even laughed, we just weren’t into what a friend called the “froth” of the season. I remember thinking that I wished sometimes that we still wore mourning clothes for a season after the death of a loved one to let others know to be sensitive. With my “boot” now, or when I used a walker or cane after transverse myelitis, I’ve been glad that I had some way of conveying to others that there was a reason I was walking a little more slowly, and hoped those devices signaled them to be careful and not to jostle me. We don’t have any such signalers after a trauma or loss or heartbreak.

Even though the intensity lessens over time, that spot still may be tender for a very long time. One friend whose husband was in prison for several years is very sensitive to jokes about prisoners, or condescending stereotypical remarks about them, or things like baby onesies made to look like prison uniforms, and after her experience, I’m more sensitive to them, too.

We need to take appropriate measure to promote healing – setting a bone, resting, taking medicine for physical wounds; for spiritual ones, we might need to confront an offender, confess any wrong on our parts, forgive, and seek reconciliation. Both health and spiritual ills usually get worse when they are not dealt with. We do have to be careful that we’re not preventing healing or making things worse by nursing our wounds.

But we can no more tell someone with a broken spirit to “get over it” any more than we could someone with a broken limb. Healing takes time. Community can and should help. But ultimately we need to splint our souls to God’s truth, to prevent the infection of bitterness by resting in His love and care, to protect our broken hearts and spirits by trusting in His grace.

The Lord is near to the brokenhearted and saves the crushed in spirit. Psalm 34:18

He healeth the broken in heart, and bindeth up their wounds. Psalm 147:3

Remember your word to your servant, in which you have made me hope. This is my comfort in my affliction, that your promise gives me life. Psalm 119:49-50

Let, I pray thee, thy merciful kindness be for my comfort, according to thy word unto thy servant. Psalm 119:76

Unless thy law had been my delights, I should then have perished in mine affliction. I will never forget thy precepts: for with them thou hast quickened me. Psalm 119:92-93

The hymn “Still, My Soul, Be Still” has ministered to me since I first heard it, and the last couple of stanzas especially bring out the need to stake ourselves on God’s truth:

10 thoughts on “Protection for wounded spirits”